Good sex can be learned! – The Clitoris

The media inundates us with permissive forms. Nudity is everywhere. So you would think that we are free to deal with sexuality, to talk about it openly. But far from it! Speaking about often dominates with boredom, frustration and even speechlessness in the bedroom.

How can we have fulfilled sexuality?

Sex education, if it exists at all, is taught with the most basic of anatomical information. Many of today’s adults have not even gotten that. I cannot remember any more about my sexual “education” other than it being just about the anatomical pictures and the technical act of reproduction. Nothing to speak of about sex can bring a lot of pleasure, and even contribute substantially to our health and wellbeing.

Equipped with little real knowledge about sexuality, we start into our adult lives. If we’re lucky, we meet partners with more experience and learn through them. Usually we get our information from relevant magazines and what our friends tell us (if they even talking about the topic).

In my opinion more information is necessary. Not limited only to the anatomical parts and that doesn’t omit arousal and pleasure.

I myself didn’t know for a very long time that women have the same number of erectile tissues in their inner genital area, as men do in their penis. 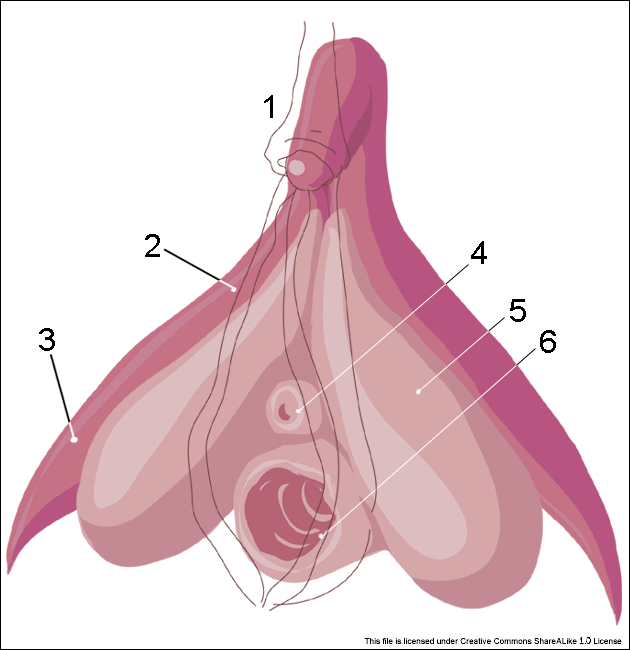 Did you know that

The clitoris is much larger than just the pearl at the top of your vulva? It extends a few inches into the body. The invisible part spreads with its nerve endings under the skin along the labia toward the buttocks.

The clitoris has over 8,000 nerve endings, making it the most sensitive area of ​​the female body. In comparison, the penis has only about 4,000. And while the clitoris is quite small, its powerful sensations can spread across a woman’s pelvic area by affecting 15,000 other nerve endings.

The clitoris has only one purpose: pleasure!

It consists of the same embryonic tissues as the penis. Based on the chromosomes it is decided around the 12th week, whether it is becoming a penis or a clitoris.

The tissue becomes swollen around 15 – 20 minutes with stimulation. Thus, the female body needs time to be able to produce satisfying orgasms.

The time of penetration during sex is usually 2 – 7 minutes.

This discrepancy between the time of swelling and the average duration of penetration means that many women get frustrated. The sex is over before they are able to swell and become sensitive enough for the potential for climax. Unlike the male who can climax quickly and with at times little stimulation. No wonder that according to a survey in the magazine Cosmopolitan, 38% of women say they do not reach climax because they are not stimulated enough at the clitoris. And 35% indicate that they do not get the right stimulation from their partner.

If you understand these physiological processes, one can learn to prepare the body so that it can receive full pleasure.

The people who come to me long for fulfilling relationships and balance in their lives. I help them see clearly what they really want and how to receive it.

Listen to my podcast on